Many people now have the habit of skipping breakfast. But this is not a good habit. Long-term skipping breakfast is prone to digestive tract diseases. And can lead to symptoms of malnutrition. At the same time, it is easy to suffer from gallstones. Therefore, eating breakfast on time is very necessary. Major manufacturers have also seen this business opportunity and have begun to produce different types of breakfast cereals. Breakfast cereals have now become a new choice for the public. Health and convenience are the main reasons for the popularity of breakfast cereals. Among them, corn flakes are represented in the world. Very popular in the range.

Corn flakes are rich in nutrients. Rich ingredients such as lutein, niacin, and vitamins are highly beneficial to the human body. Suppose you eat corn flakes for breakfast. You can provide us with full power and nutrition. And for people who want to lose weight, corn flakes can enhance the feeling of fullness. And using corn flakes to replace meals can effectively reduce fat intake. Make weight loss easier.
Although corn flakes are widely used as breakfast cereals today, did you know that corn flakes were not initially invented as a breakfast cereal?

Why are Corn Flakes made?

Shandong Loyal Industrial Co., Ltd. I Will tell you the story about corn flakes in detail:

At the end of the nineteenth century, John Harvey Kellogg and his brother Will Keith Kellogg were actively looking for a portion of healthy vegetarian food to promote the healing of patients. By chance, they had an idea about corn flakes. The initial production was straightforward. Corn is made into thin slivers and eaten after adding a little salt. This kind of food is prevalent among patients.

At the beginning of the invention of corn flakes, an essential process was determined. Corn flakes have always been based on this fundamental process for more than 100 years. Although the production process has not changed too much, it is Under the impetus, and the production equipment has undergone qualitative changes. Today, the Corn Flake Production Line can achieve highly automated processing and production. 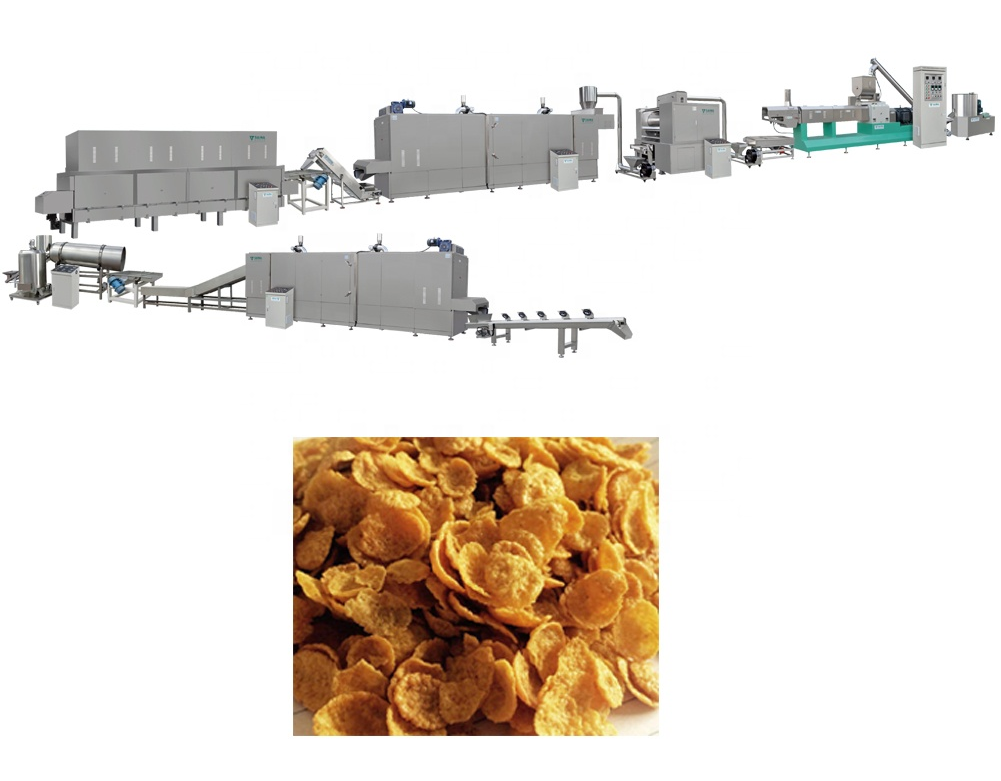 Shandong Loyal Industrial Co., Ltd. is a professional food machinery manufacturer with many years of R&D and production experience and a very high reputation in the industry. The Corn Flake Production Line produced by it has a high degree of automation, high quality and stable production, and regular operation. The failure rate is low. It has been exported to many countries and regions such as Canada, Japan, Singapore, and India for many years, helping local customers achieve production upgrades and further promoting the development of the corn flakes industry.

The invention of corn flakes has quite a long history, but now corn flakes have evolved into the most popular breakfast cereal. To make our bodies healthier, I believe that more people will fall in love with corn flakes in the future!